Amazon's Luna Controller is about what you would expect

Images on this page are low resolution to save bandwidth, click them for full size versions

Videos on this page are represented by thumbnails, click them to watch 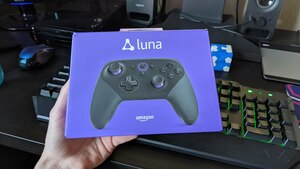 It feels small even though it's about the same size as an Xbox series controller? The sticks are much lighter gray than I expected. Grips have a pretty neat texture. Face buttons are completely flat. LT, RT, LB, and RB have the biggest labels I've ever seen. 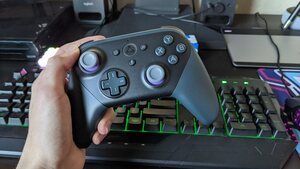 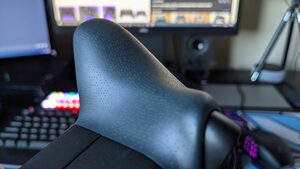 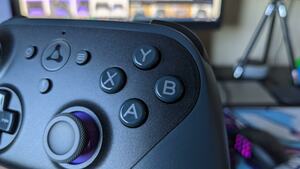 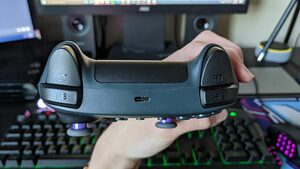 Triggers are very shallow when compared to most other controllers. Almost comparable to the Steam controller? The cluster of buttons in the middle don't feel like they're using a membrane, they're closer to joycon buttons. Luna button feels extremely shallow. Dpad just feels sad. 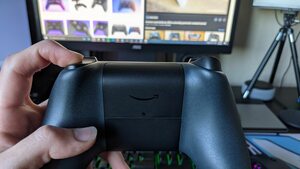 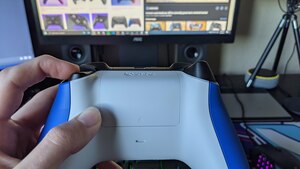 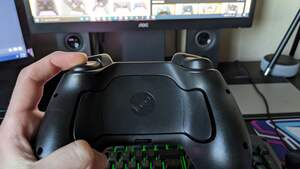 Battery cover has a piece of foam on it. Home/Luna button uses addressable RGB LEDs similar to an Echo so it can do different colors and animations. Looks nice. 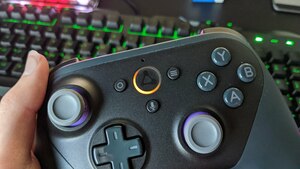 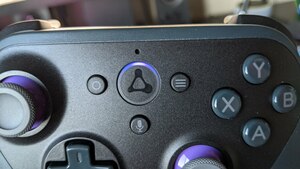 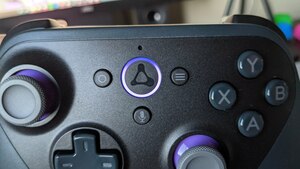 When in game the top part of the circle is solid purple. Blue tones are exaggerated in this picture, it's much more gentle in person. 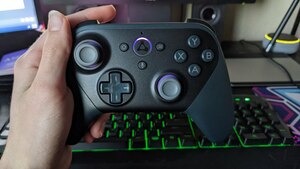 Luna has a unique mouse cursor... that isn't going away when I use the controller 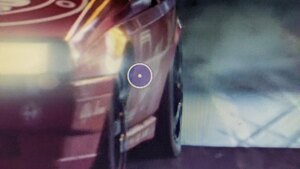 Input latency is a thing. Action on button release. Can't figure out how to use the 1/8x speed video I took lol 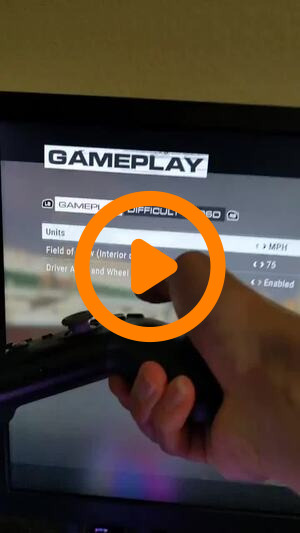 There we are. Sound looks out of sync, don't trust it. 1/8x speed, action on button release. 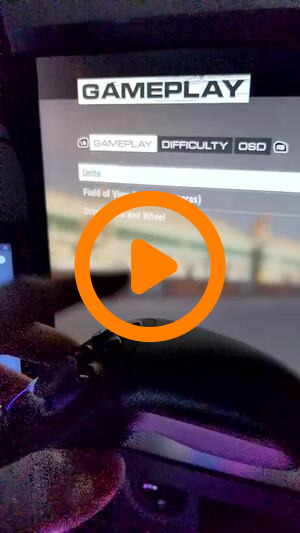 Latency could depend on the game. First tests were in Grid, this is in Lumines Remastered. 1/8x speed, action on button press this time. Still don't trust the sound. No mouse cursor issues in this game. 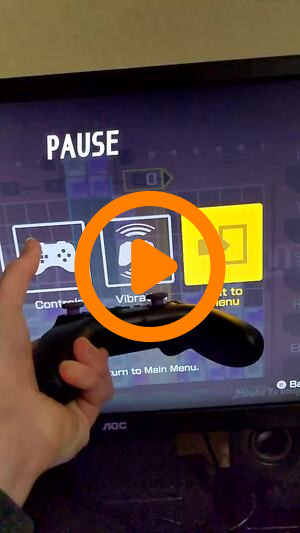 Rumble isn't bad on the controller. Using rotating mass vibrators instead of Switch style LRAs but it's not overpowering or too weak.

Unlike Stadia, the controller disconnects when you're not in a game (on desktop at least). It stays on but you can't use it to navigate the menus. 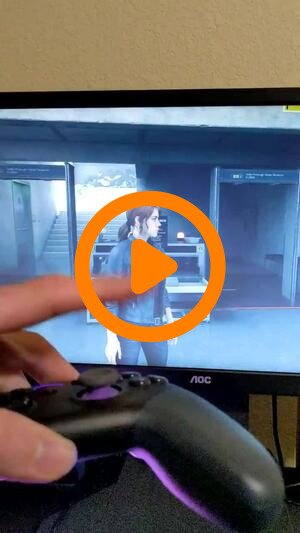 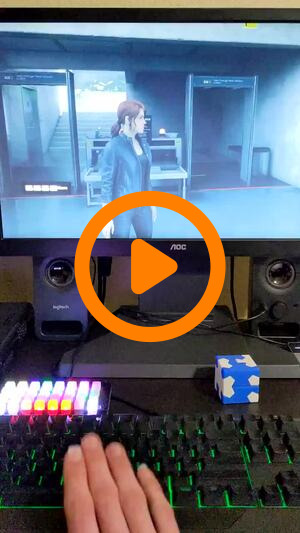 This isn't a connection speed thing btw. Will compare to Stadia later. Reminder that Luna is still in beta and things are expected to change before release.

I saw some Xbox colored button prompts earlier but didn't want to jump to conclusions. This button prompt is Xbox specific though, so we can safely guess that these games are accepting Luna controller input as if it's an Xbox controller. 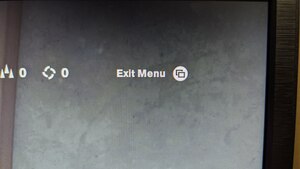 Smart move by Amazon to minimize friction for game developers but it's kinda weird when the corresponding button has a circle on it. Manual calls if the action button. 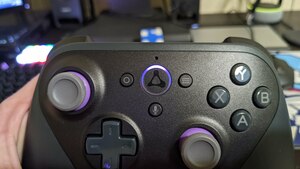 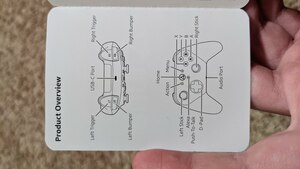 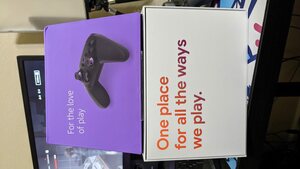 Well this is a little confusing. Pretty sure the game crashed. 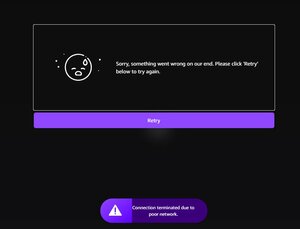 Got caught up playing Control and didn't get to the Stadia comparison lol. Will test both tomorrow so network conditions aren't different between the tests. 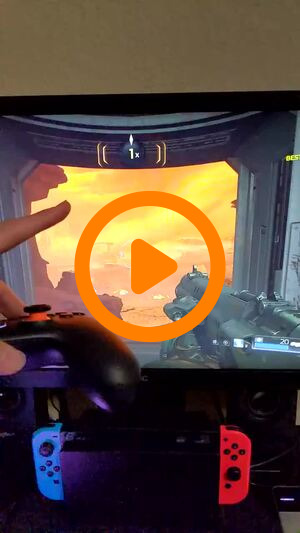 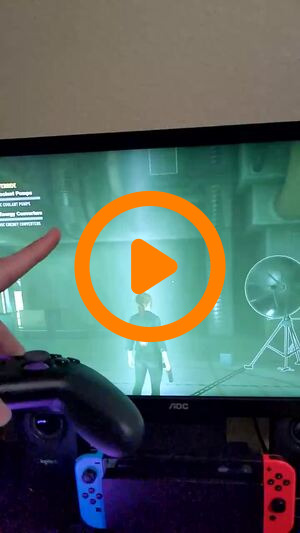